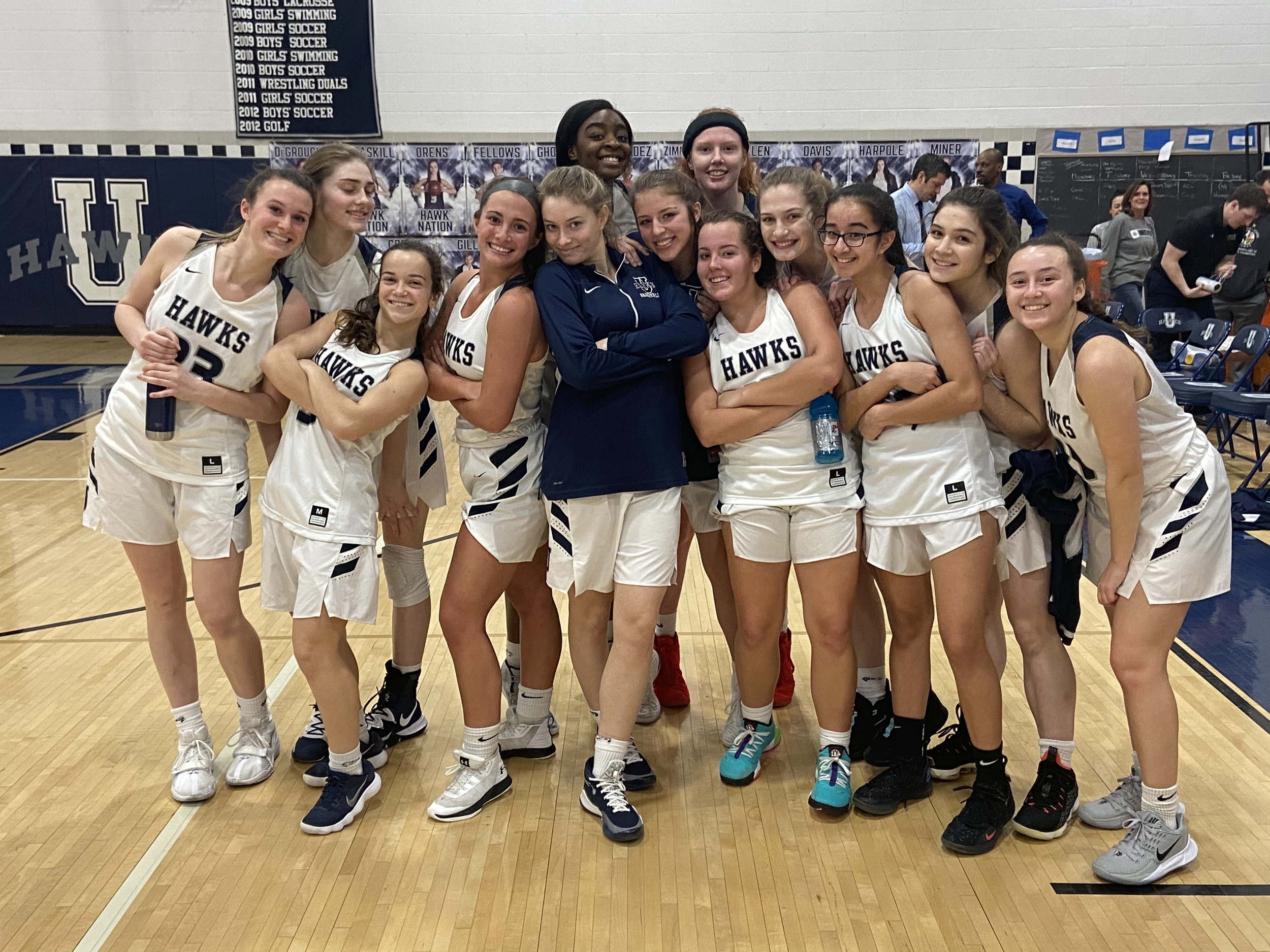 For the second time in a week, the Frederick Cadets had Urbana’s number. The Cadets had a strenuous week that saw several of their starters leave the team, many players called up from JV to fill their spots, so seemingly, they were vulnerable on Monday night. Rose Bubakar would have none of that, as she put the team on her back, and Frederick doubled down on stopping Hannah Miles and forcing others on Urbana to step up. Their plan worked and they defended their home turf, 55-33.
For Urbana, Hannah Orens had a great night, hitting a season high 18 points, Megan Degrouchy filled it up for 7, but that was it. Defensively, the entire team put out a huge effort. The great news is that Urbana would rebound the next night against Linganore, so there’s no keeping these Hawks down for long! Note: Carmen Kweti returned to action for the first time in a while, but it became apparent her foot injury wasn’t quite healed enough for her to play very much. Wishing her a speedy recovery.
Scoring summary:
Hannah Orens, 18 points
Megan Degrouchy, 7
Carmen Kweti, 3
Jadelyn Coleman, 2
Hannah Miles, 2
Brianna Shuttlewood, 1