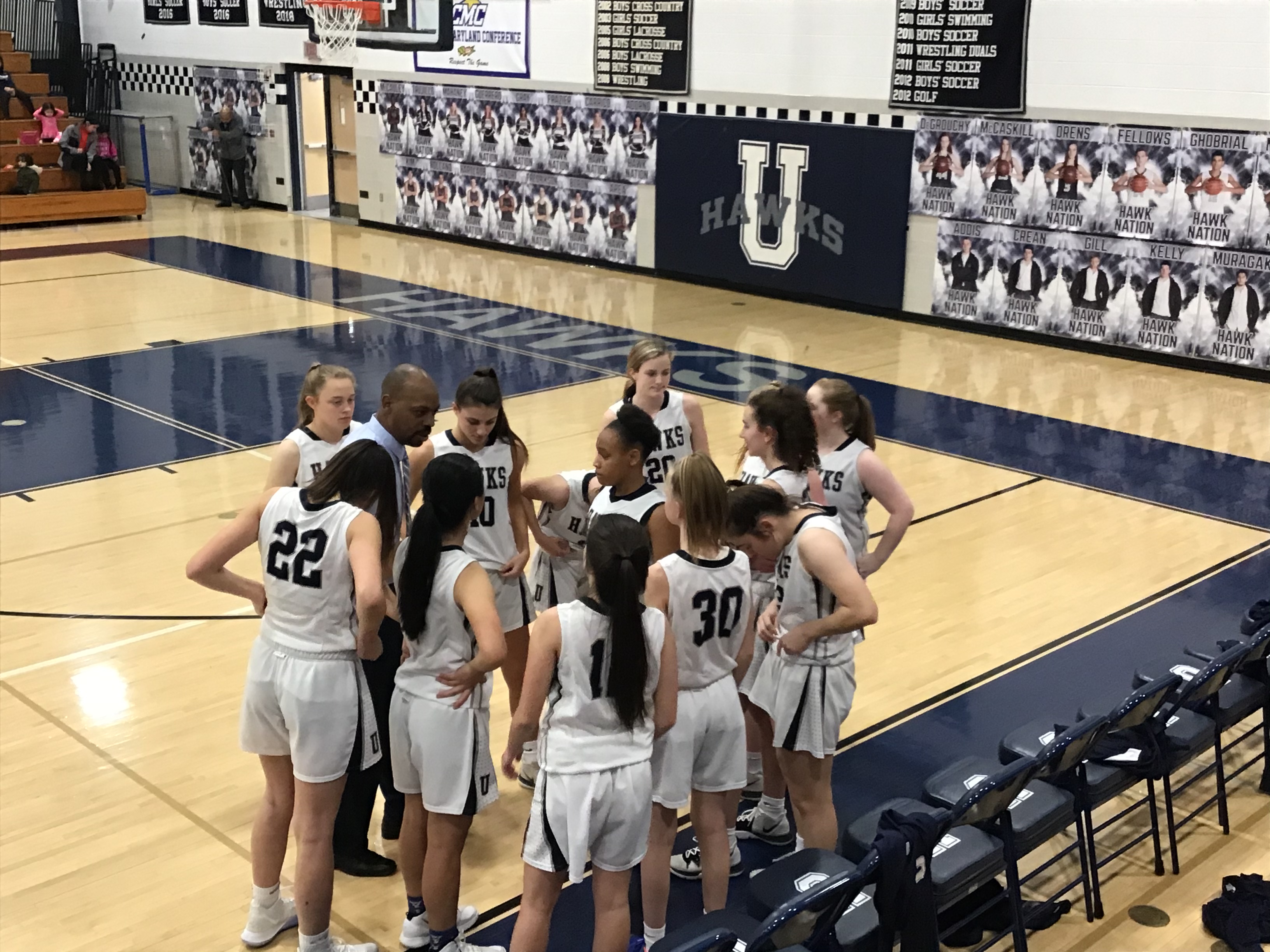 For the second game in a row, Elizabeth Elliott flew out of the gate, hitting 4 of the first 5 buckets for Urbana, in a 10 point win against rival and very tough foe Linganore High School. Elliott owns the blocks down low, and has become “automatic” kissing it off the glass this season. Armada Barnes brought her long range shooting out of hibernation last night, hitting a couple of beautiful 3s and scoring 9, while Cassidy Irish continued her consistent play with 8. Urbana’s defense continued to shine through, Reagan McMahon with several blocks on the evening, and the guards creating timely turnovers throughout. Team is looking forward to the huge showdown with an undefeated Middletown on Tuesday night, but they’re not looking past Friday night’s matchup first against the Hubs. With the victory, Hawks now stand at 16-1 with 3 games to play. Impressive!
Scoring summary:
Elizabeth Elliott, 12 points
Armada Barnes, 9
Cassidy Irish, 8
Reagan McMahon, 3
Sarah Metz, 2
Rachael Sutton, 2
Ayva LeVow, 2

Note: With her 12 points, Ms. Elliott took over the season scoring lead, at 121 points this season.