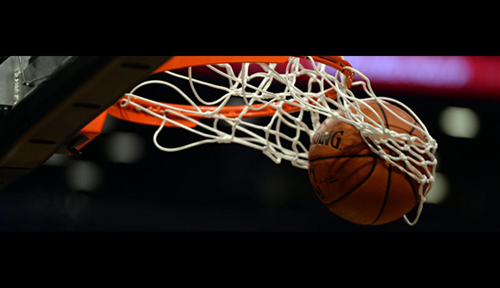 They could have folded up their tents, packed their bags and gone home without a fight, down 23 at the half to North Hagerstown, having scored a mere 11 points after 2 quarters, in balmy Hagerstown. NOT THESE HAWKS! The kids either said that’s enough or the coaches inspired and challenged them to be their best, but whatever it was, Urbana came out supercharged in the second half! Scoring a record 26 points in the 3rd quarter, and a season high 57 points in the game, UHS cut down that lead down little by little to put fear into the hearts of the Hubs fans, and show all the Urbana supporters how good this team can be. Chayan Loun just hit bucket after bucket for 3 quarters, before fouling out with a team high 18, and AJ Vollmer pulled himself out of a bit of a slump with 4 second half bombs from beyond the arc! Unfortunately, the greatest enemy of all, time, ran out on the Hawks, and they dropped the 6 point decision. The effort surely made for a better bus ride back to Ijamsville, and gives the fellas high hopes for their final 3 games of the season.
Scoring summary:
Loun, 18 points
Vollmer, 13
Husby, 10
Rupinta, 7
Eversull, 5
MacKenzie, 2
McGinley, 2