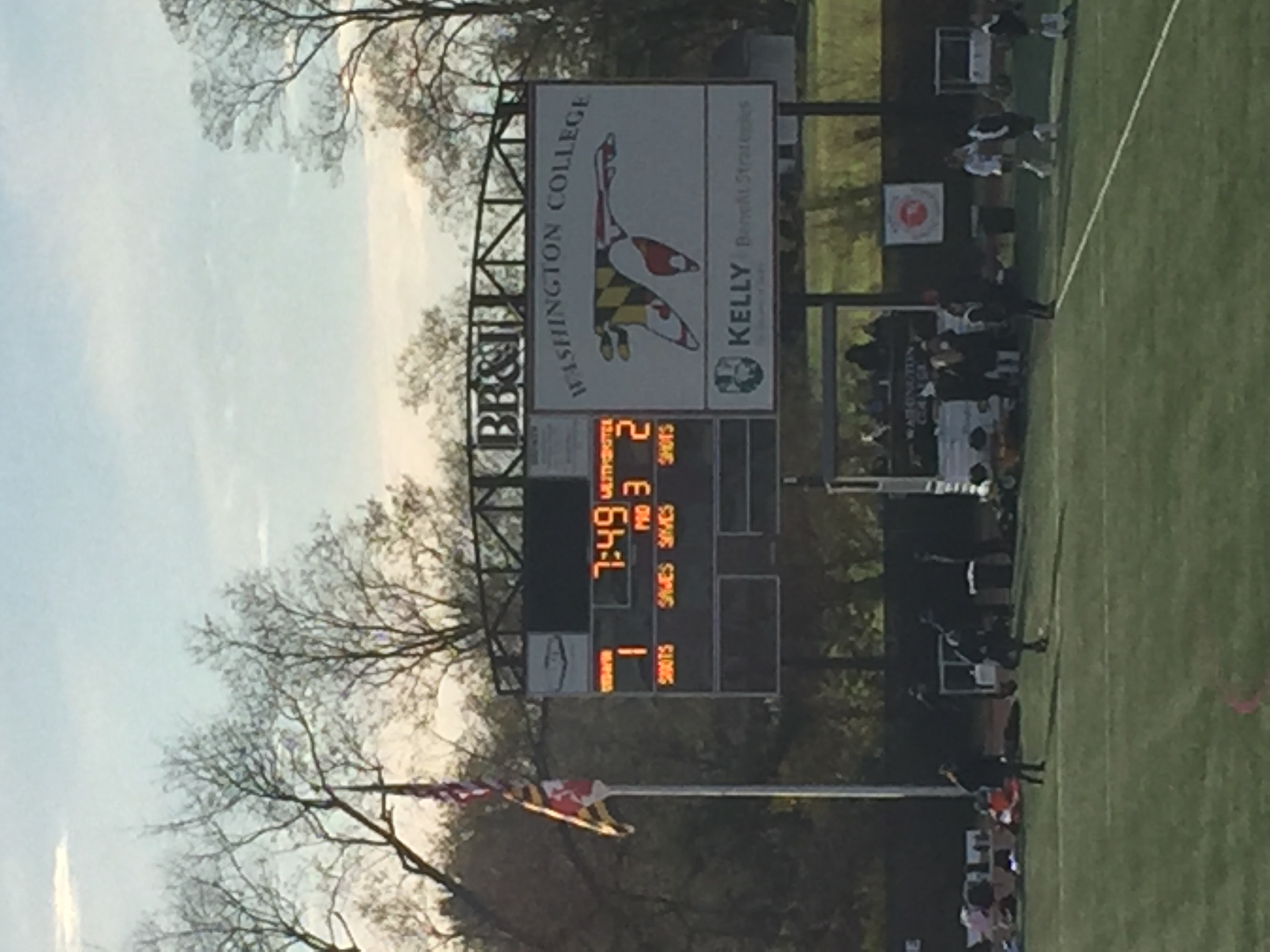 It was a great script and story, all set up for the greatest of finishes. A 9-time State Champion facing our first-time State Finalist Hawks. Urbana arrived sporting an 18-1 record this season, with numerous shutouts, and an unmatched aggression on offense in the field of play. As the match unfolded it seemed like Urbana was destined to win.
In the first 15 minutes, the Hawks held the ball on the Owls side of the field for 10 minutes, trying to find the angles and openings for solid shot opportunities. Nothing ever really appeared to be open. The final 15 minutes of the half, the Owls became more of the aggressors, holding possession on our side of the field for 10 of those minutes. Westminster was aided by the fact that with 4:30 left, 3 Hawks had been sent to the penalty box, and another Hawk joined them with 3:30 remaining, for a 4 man Owl advantage! Nonetheless, the shorthanded Hawks managed 2 rapid-fire shots on goal before the half ended 0-0.
Half #2 saw more shots on goal from both squads. Westminster pulled one just left of goal 6 minutes in. 2 minutes later, Hawk Kylie Caretti displayed amazing stickwork dribbling down the left side for what surely would be a shot on goal, only to center a pass to where no one waited. Still 0-0.
Two more minutes later, patience paid off. A foul on WHS awarded Maggie Goodwin a penalty shot, which she calmly blasted by the goalie! 1-0 Hawks.
At the 14 minute mark, another Owls shot narrowly missed the net.
Unfortunately, with 10:57 remaining, Westminster struck for a goal, a mad scramble around the net and scooting one in to tie it up. Both teams would manage two more shots on goal each before they headed into OT, 1-1.
In overtime, the teams use 7 players instead of 11, which might have appeared as an advantage to the faster Hawks, but they may have been tiring and the Owls still kept pressing, which was unusual in an Urbana opponent this season. In a blink of the eyes, an Owl fired a 25 foot bullet past the goalie, 2:21 in, and game ended. Ugh.
What a GREAT year! This Hawk team is young, most of the team will return with some great talent at the JV level to be added. We will get it next year! Super job ladies!