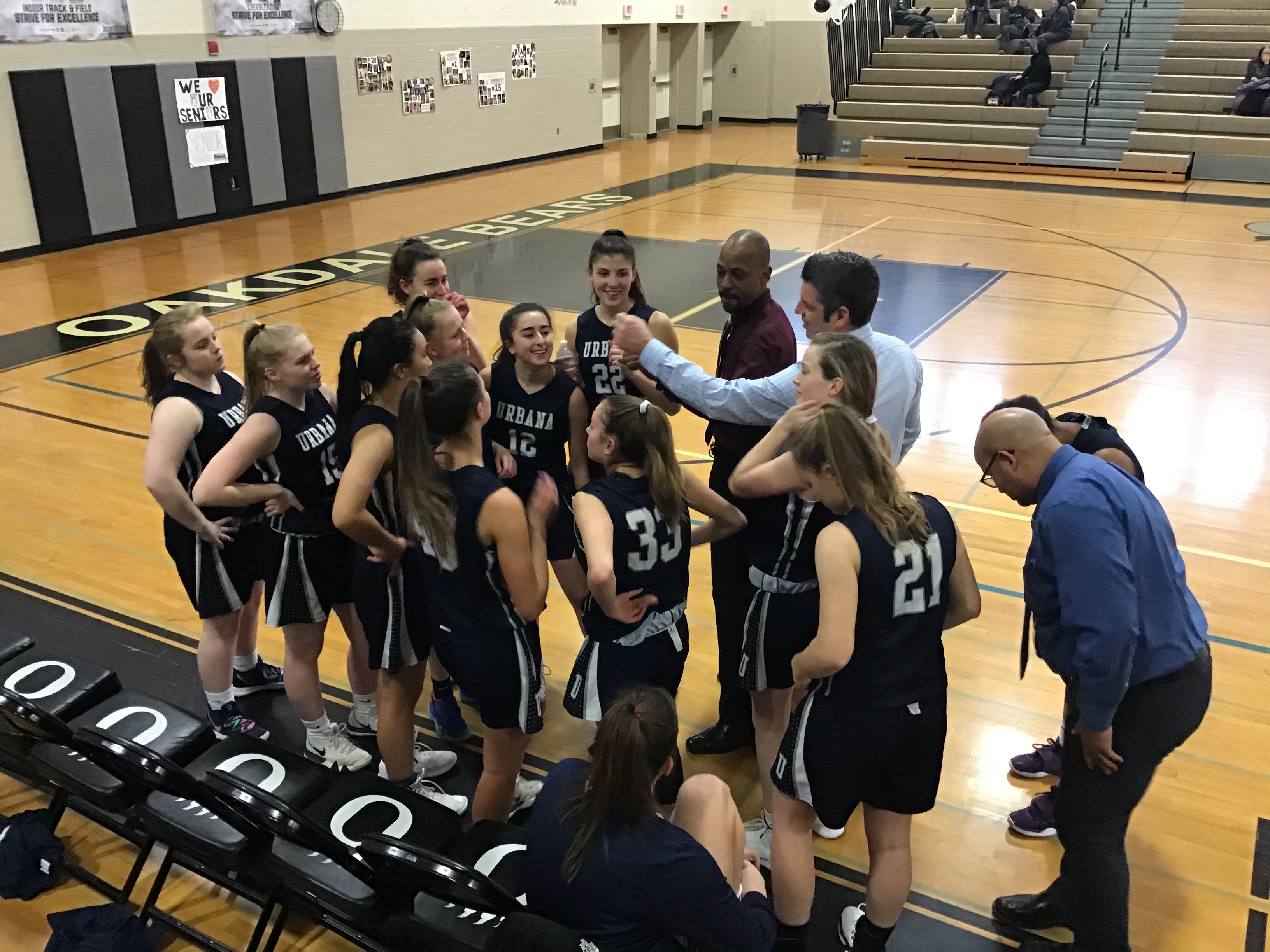 The Hawks wrapped up the 2019/20 campaign at 18-2, polishing off the season with a 49-32 win, on the road, at Oakdale High. Oakdale opened with a 1-0 lead, then Urbana took over, keeping the Bears at bay for three quarters, and closing out a close game in the fourth by a 17-7 margin. As they have done all season, Elizabeth Elliott and Cassidy Irish led the way, Elliott hitting a season high 16 points, while Cassidy scored 10. Not that anyone was paying attention, but there may have been a little added sauce for these two ladies. E.E. entered the game one point ahead of C.I. in the season points total. Cassidy seemed to take control by the end of three, but a six point run by the freshman closed it out, and Elizabeth captured the scoring title! Way to go! Maybe her teammates can create a little trophy for her! 🙂
Scoring summary:
Elizabeth Elliott, 16 points
Cassidy Irish, 10
Reagan McMahon, 9
Ayva LeVow, 5
Sarah Metz, 5
Paige Shaver, 2
Armada Barnes, 1
Rachael Sutton, 1

Some and only year end fun stats I have:

IRONWOMEN recognition: girls that played in EVERY game. Last year there were only 2. This year, 4:
Ayva LeVow
Kaitlyn McNerney
Elizabeth Elliott
Armada Barnes

Great season to the JV Girls!