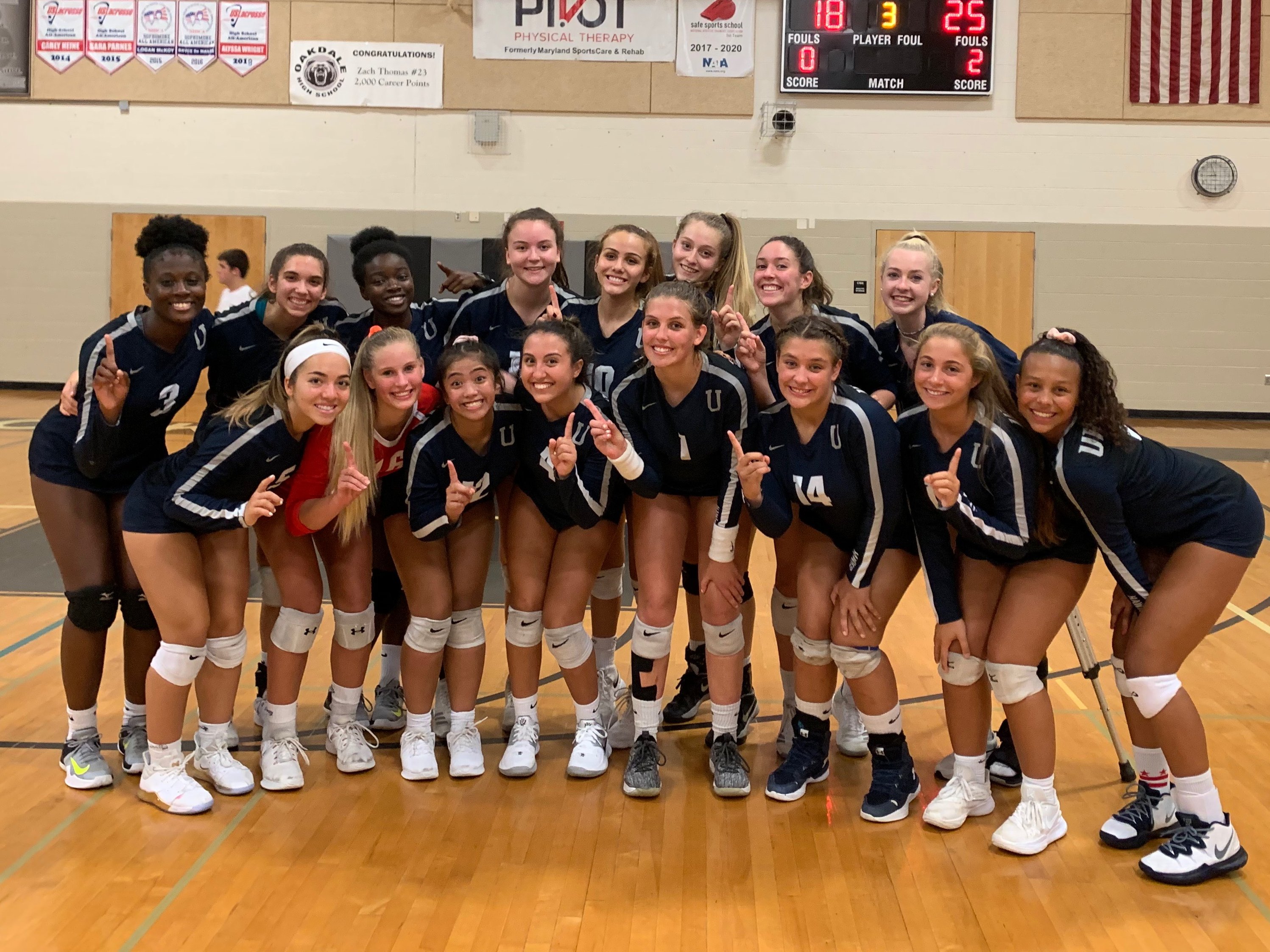 Urbana played host as the top seed to a formidable foe in second-seeded Wootton High School. The Patriots arrived touting an 18-3 record, and had just bounced last year’s 4A champs, Northwest, out of the tournament on Monday night. Tonight, WHS would end the season of last year’s 4A runner up Urbana Hawks in a thrilling match.
The first 3 sets indicated that the two teams were evenly matched, and the resulting scores had fans on the edges of the bleachers. Points after points were exchanged, and Wootton outlasted Urbana 25-23 in a crucial set 1. However, the Hawks quickly rebounded from being down 1-0, a position UHS had experienced only once all season in best of 5 set matches, and that was the first match of the season! A regrouped Hawks squad took set 2, 25-21, to even things up. Set 3, the tilt set, was another nail-biter, with Wootton squeezing it out by another 2 point margin, 26-24.
The fourth, and final set, 25-16 Patriots, ended the evening and an absolutely incredible run for the Hawks. Undefeated in every regular season and post season match, minus tonight, and a strong showing against the area’s very best in an early season tourney, UHS wrapped up 2019 with a 19-3 record. So much to be absolutely proud of! We cannot wait to see what happens in 2020! Go Hawks!