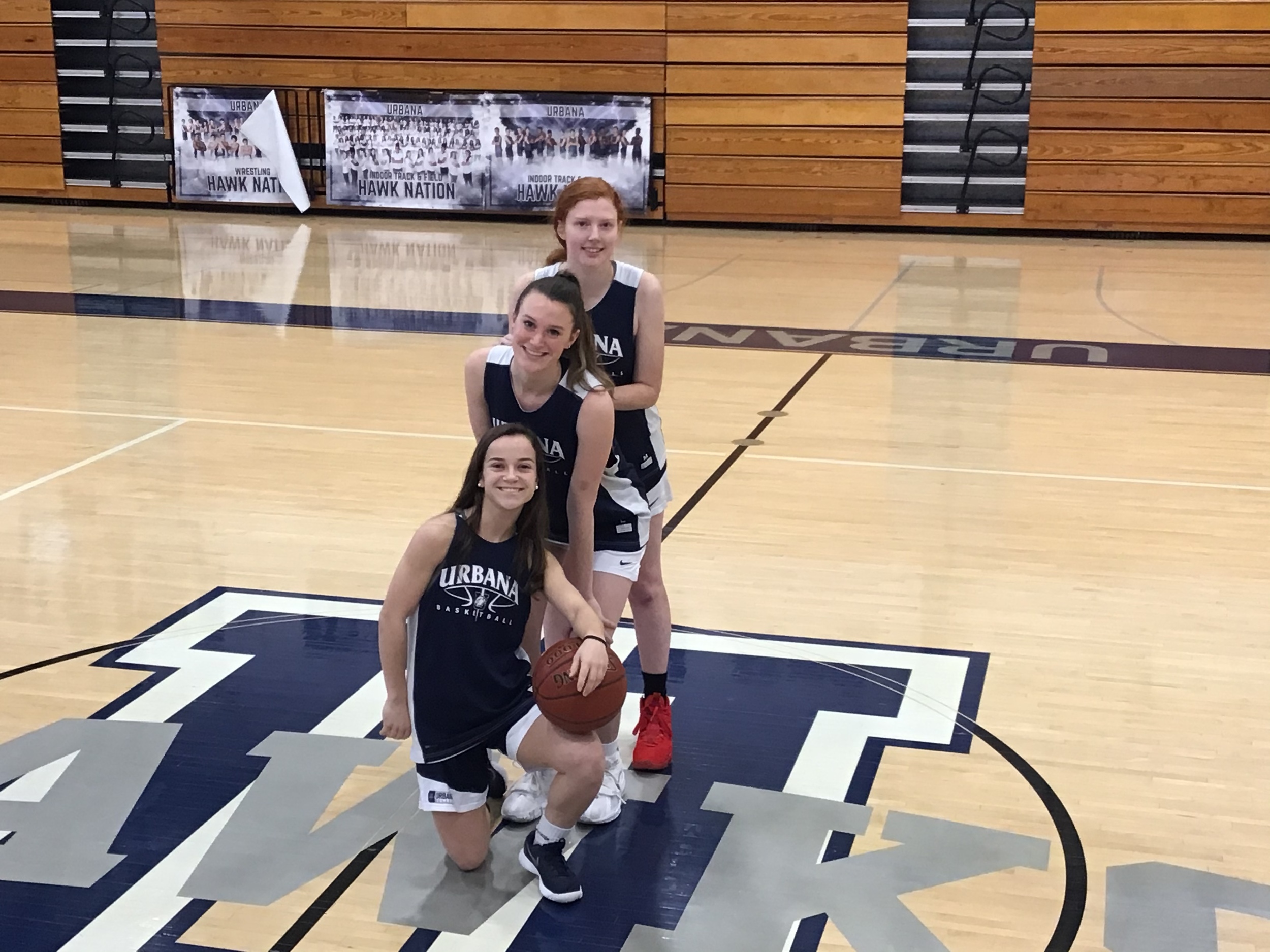 Thursday night the Hawks visited Oakdale in the annual town rivalry, while attempting to crash and ruin the Bear’s Senior Night celebration with a win! It was looking quite possible by halftime too. In a spirited first half by both teams, and the red-hot shooting of freshman Hannah Miles, Urbana jumped out to an early 17-15 first quarter lead. Ms. Miles dropped two treys and a total of five buckets in that quarter, giving the fans lots of hope and excitement.
The offense turned to defense from both squads in quarter 2, with the only offensive production provided by freshman counterpart Brianna Shuttlewood, who converted a couple of much needed buckets and got her mojo back, scoring 9 for the evening. At the half, Hawks up 4!
The second half told a different story. Carmen Kweti made a much needed appearance, back from injury, and there was obviously a little rust, but she managed her way to 6 points and some key rebounds in her limited action. On the other hand, Emma and Megan were unable to score on the night, which put all the pressure on the backcourt to deliver. In the third quarter, Miles put up 5, Kweti and Voorhees added 6, and Urbana now trailed 38-35. Still, a very close game.
By the start of the fourth quarter, the defense would not keep up with the Bear’s attack, and offensively, the Hawks would manage only free throws in the final period, as Oakdale went on to claim a 56-43 victory. Urbana ends the regular season 13-9 and now await the announcement of their first round opponent in the “one-and-done” State tourney.
Scoring summary:
Hannah Miles, 19 points
Brianna Shuttlewood, 9
Carmen Kweti, 6
Hannah Orens, 5
Sascha Bravin, 2
Natalie Voorhees, 2