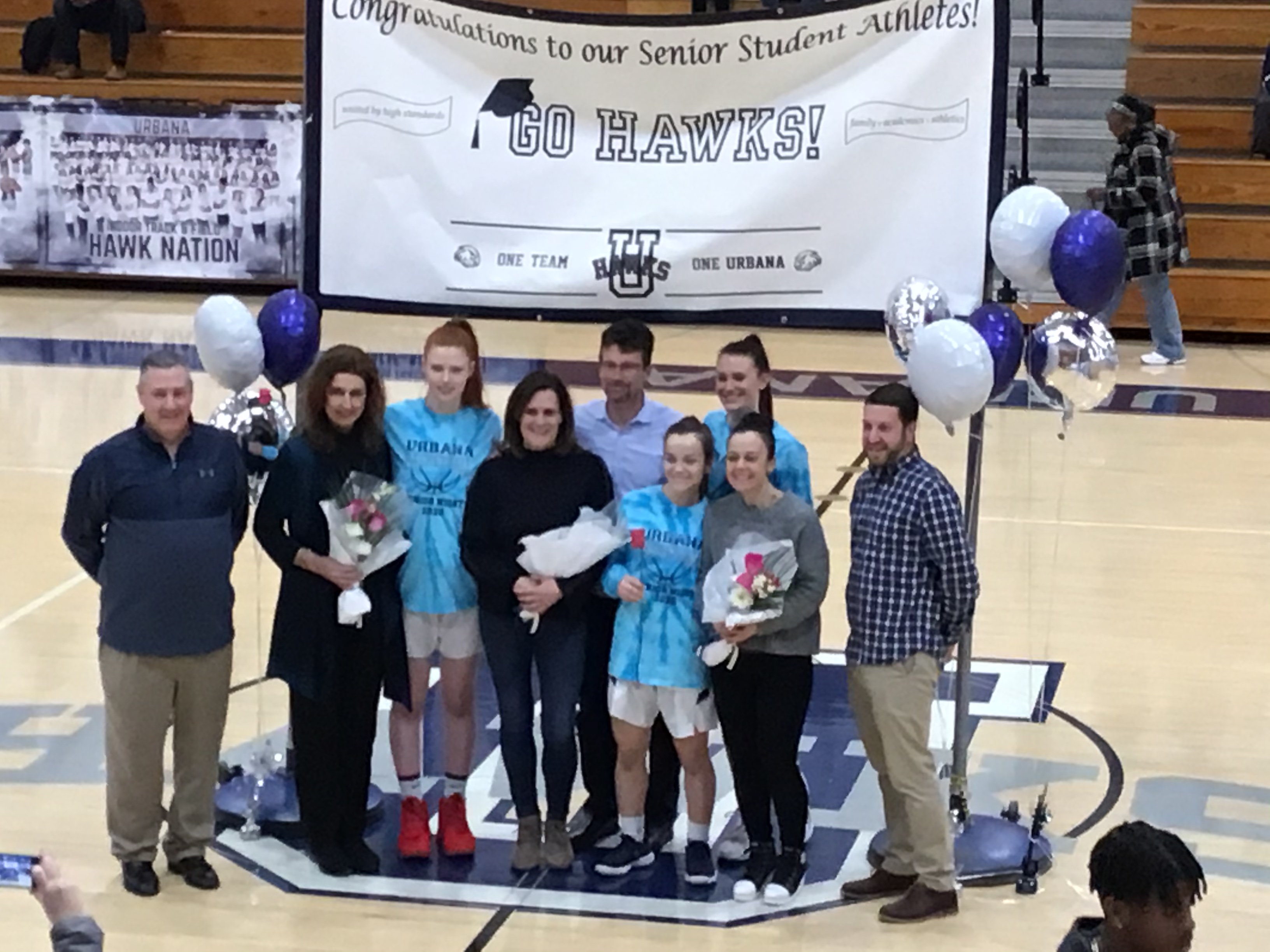 It was Senior Night at the Nest, a huge annual celebration where Urbana recognizes the commitment and efforts of their 12th grade ballers. Last night, North Hagerstown had a party crasher mentality, in the role of overwhelming underdog and spoiler. Only a week ago, on the road no less, Urbana handed the Hubs a 26 point loss, so after seeing a first quarter of Hub shots dropping in, and Hawks shots dropping out, there was reason to be concerned. One may have thought it was the subzero temps in the gym (LOL) that had UHS shooters cold, but it appeared Urbana was just a little flat, and the Hubs were just an improved team from 7 days back.
Thankfully, 3 Hawks that have been consistently “hot” the last several games delivered in the nick of time! Hannah Miles continued to demonstrate that she is money, dropping in 6 Q1and a game high 18 before the night was done. Hannah Orens continued to press on O and D and hit double figures one more time. Megan Degrouchy continued to find her touch and way to the hoop for another 9.
It was strange seeing the Hawks down 3 after 1, and up 3 at the half, but the girls came out for the third ready to go, stepping up the defense and holding NHHS to 6, while building the lead to 12, seemingly insurmountable at this point.
Then the Hawks game unraveled some, and the Hub’s #5 just took over. Before we knew it, we were up only 3, and the Hubs had the ball, just under 4 minutes to play! This became the game’s most crucial one minute stretch:
Steal
3
Defense
2
Defense
3
Game over!
Whew!
Needed that before heading out on the road for the ultimate challenges at Middletown and Oakdale.
Scoring summary:
Hannah Miles, 18 points
Hannah Orens, 10
Megan Degrouchy, 9
Sascha Bravin, 5
Emma McCaskill, 5
Brianna Shuttlewood, 3
Natalie Voorhees, 2