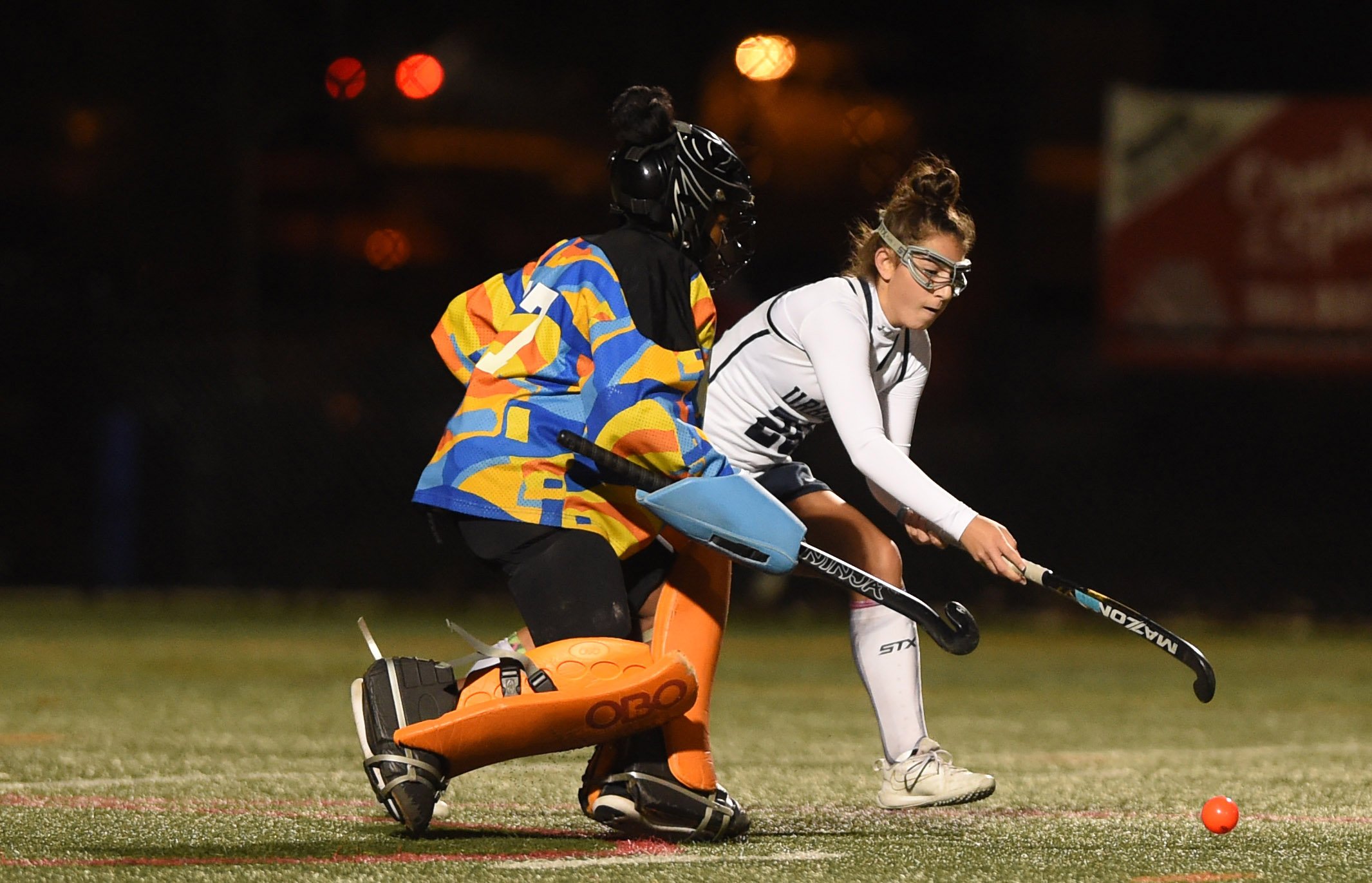 Everything the Hawks had worked for all season long was on the line tonight at Paint Branch High School, in the Field Hockey State Semifinal match against River Hill. Sporting a 17-1 record, while outscoring their opponents 96-4, Urbana faced another Hawks team who has consistently been a top program in Howard County. The match opened with both teams getting a feel for each other, while scoreless for 24 minutes. Then lightning struck in the form of Kasey Beach, who netted the all-important first goal 6 minutes prior to intermission! 1-0 UHS.
A one goal lead wouldn’t be enough at this level of competition. Early into the second half, Kylie Caretti stepped in and put goal #2 by the goalie! 2-0 UHS.
Moments later, River Hill would strike back, cutting the lead back to one, and making Hawk Nation a little nervous.
Not to worry, because Maddie Hillman would deliver the insurance goal for the 3-1 margin and win, sending Urbana to its first ever State Championship match! IMPRESSIVE!
Next up: Westminster Owls, who upset Huntingtown in OT to reach the final.