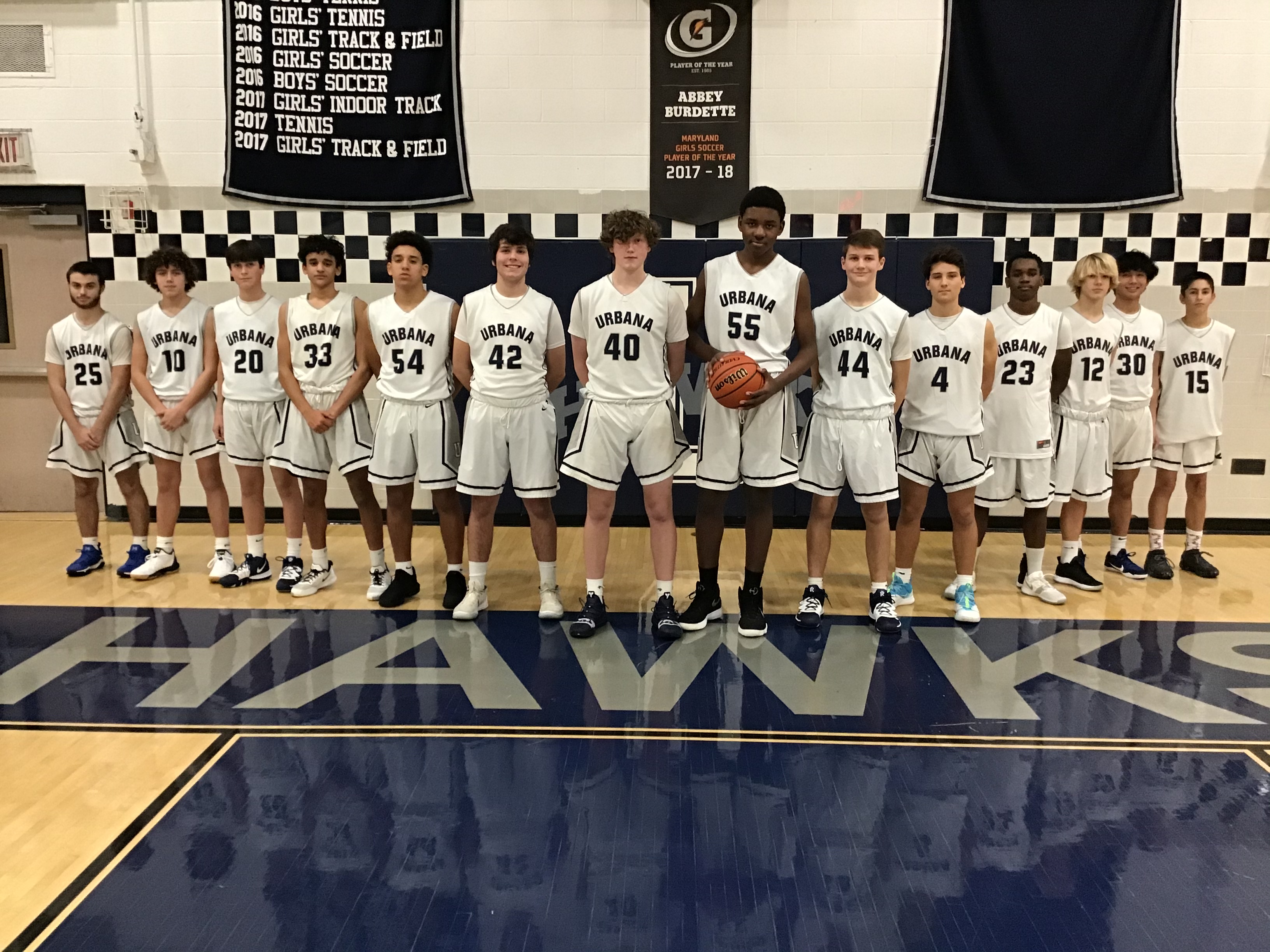 There were 8 quarters of basketball played last night at the Nest, between the JV and Varsity teams from Urbana and N. Hagerstown. 7 of them were fantastic! It was that final quarter of the JV game that mystified those in attendance, as the Hubs exploded for 24 points in what had been a tight, back and forth game, and NHHS walked out with the 22 point victory. It all happened so fast!
Tanner Rupinta and Chayan Loun opened the game on fire, scoring all 13 Hawk points, but the Hubs kept pace. In the 2nd quarter the Hawks got a more balanced scoring, but still weren’t able to shake the Hubs loose, leading 24-22 at the half.
In the second half the Hawks scoring chances were still available, but now the shots weren’t dropping. More importantly, Hagerstown was figuring out where the Urbana holes were in the defense and making them pay. Plus, the Hubs were drawing fouls and living at the free throw line the majority of the half, while Urbana would make only 1 of 2 free throws the entire half. It had become their inside game versus our outside game, which makes it tough to win unless the shots are falling at a high percentage.
Urbana dropped to 4-11 while NHHS improved to 12-3. Next Friday UHS will have a chance to redeem themselves on the road at NHHS.
Scoring summary:
Loun, 13 points
Rupinta, 6
Siewe, 4
Ali, 3
Vollmer, 2
Husby, 2
MacKenzie, 2
Gallamoza, 2
Cederdahl, 1